Recently IDC predicted that IT spending will drop by 5% due to the COVID-19 pandemic.[1] Last week, Gartner went further by predicting that IT spending would drop by 8% or $300 Billion.[2] (Expect a prediction bidding war.) Both were consistent: highest hit areas would be devices, followed by IT service and enterprise software.

The predicted $100 billion drop, in those last two categories, should send chills through those of us who make our living in those two categories. And keep in 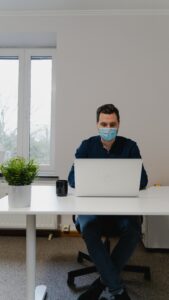 mind, this drop will occur in the latter half of this year. To date, here have been very few cuts.

But I’m seeing the glass half full here. Half full of lemonade.[3]

Here is my thought process:

This would be a terrible time to be an application software vendor or a systems integrator. The yearly 7% reductions in both categories are still in front of us. Any contract not yet signed will be put on hold. Even contracts in progress may get cancelled.