gist is our minimalist upper ontology. It is designed to have the maximum coverage of typical business ontology concepts with the fewest number of primitives and the least amount of ambiguity. Our gist ontology is free (as in free speech and free beer--it is covered under the Creative Commons 3.0 attribution share-alike license). You can use as you see fit for any purpose, just give us attribution.

Ongoing development of gist is open to the public at the gist GitHub repository. 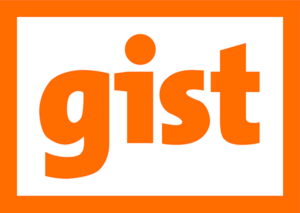 The big news in the 9.X series: gist has de-modularized

Yup, while there were some benefits to having gist divided into separate modules there were also a few problems. Much of gist is interconnected, as a result some terms got moved up to gistTop instead of the module you would think. In the end it seems that most people would just import all of gist as that was easy and simple. You can listen to the discussion about de-modularizing gist from the gist Council discussion recording.

Second, other big news is we have started to include Turtle and JSON-LD files in the official release.

Please refer to the cumulative Release Notes for more details about what changed in each release.

gist the minimalist upper ontology by Semantic Arts, Inc. is licensed under creative commons, which only requires that you attribute the source (http://semanticarts.com/gist) when you use it. Any concepts used from gist are to remain in the gist namespace (i.e., gist:Organization where gist: = https://ontologies.semanticarts.com/gist/ ).

If you'd like to use the files locally, download a zipped archive which contains the modules of gist as well as documentation for the ontology.

You can also import these files directly into your ontology editor of choice (Protegé, Topbraid, etc.).
View the complete release notes

Import gist into your Ontology:

We have an active governance and best practices community around gist, called the gist Council. We have a teleconference the first Thursday of every month. Practitioners and users of gist come together to discuss how to use gist and make suggestions on its evolution. If you would like to be involved, send us a note with a description of your use of or interest in gist. We are trying to keep this relatively small and active.