We have been developing solutions for our clients lately that involve loading an ontology into a triple store, and building a UI for data entry. One of the challenges is how to handle renaming things.  If you want to change the URI of a class or property in Protégé you load all the ontologies and datasets that use the old URI and use the rename entity command in the Refactor menu.  Like magic, and all references to the URI are changed with the press of the Enter key.   In a triple store, it is not so easy. You have to track down and change all the triples that refer to the old URI. This means writing and executing SPARQL queries using INSERT and DELETE to make changes in place.  Below is an outline of how to rename a class.

Let ?oldClass and ?newClass be variables bound to the URI for the old and new classes respectively – e.g. ?oldClass might 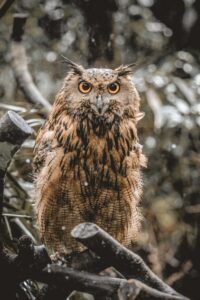 be veh:Auto and ?newClass might be veh:Car.   The class rename operation involves the following steps:

Here is some SPARQL for how to do to the first step.

There are many ways to make mistakes here. Watch for the following:

After you get step 1 working, try out steps 2 and 3 on your own, all you need to do is some straight-forward modifications to the above example.  Step 4 involves more exploration and custom changes.

In an upcoming blog, we explore one of those changes.  Specifically, if your naming convention for instances uses the class name in the URI then those instance URIs will have to change (e.g. from veh:_Auto_2421 to veh:_Car_2421).