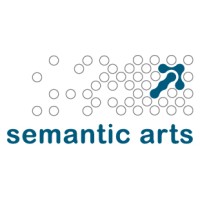 If you are doing domain modeling and using a graph database you might be tempted to use fused edges. You see them around the semantic web. But you should resist the temptation.

In a graph database a fused edge occurs when a domain modeler uses a single edge where a node and two edges would be more thoughtful. To me a fused edge feels like running an interstate through an area of interest and not putting an exit nearby. It also feels like putting a cast on a joint that normally articulates.

Here is an example of a fused edge:

And here is what that fused edge looks like in turtle (a popular RDF graph serialization):

You can see the fusion of edges in the name of the edge usually: there is a “venue” and there is a “name.”

Here is a more thoughtful representation:

with an additional point of articulation: the venue.

Here is another common fused edge:

I can think of three (two I heard other people say) reasons why fused edges might be used. Let’s use the event and venue example.

Let me attempt to persuade you that you should mostly ignore those reasons to use fused edges.

One of the ideas of the semantic web is AAA: Anyone can say Anything about Any topic.

It is hard for someone to say something about the venue (perhaps its address, current owner, hours of operation, other events that occur there, etc.) if no node exists in the graph for it. With the fused edge, if someone does come along later and they want to express the venue’s address it is not a straight forward update. You’d have to make a new venue node, find the event node in the graph, find all the edges expressing facts about the venue and move them to the new venue node, then connect the event to the new venue node. Finding all the edges hanging off of the event that express facts about the venue will likely be a manual effort — there probably won’t be clever data for the machine to use that says :venueName is not a direct attribute of the event but rather it is a direct attribute of the venue not yet represented in the graph.

Also, fused edges encourage the use of additional fused edges. If you don’t have a node to reference then a modeler might make more fused edges in order to express additional information.

Giving a shortcut a name can be valuable, yes.

But I think if you use a shortcut the details that the shortcut hides should also be available. If you use fused edges those details are not available; there is only the shortcut.

There are ways to have dedicated properties without sacrificing the details.

In a SPARQL query you could just do

Or you could define that in OWL

Ok, using fused edges does reduce the number of triples in your graph. I can put a billion triples in a triplestore on my laptop and query durations will probably be acceptable. If I put 100 billion triples on my laptop query durations might not be acceptable. Still I think I would rather consider partitioning the data and using SPARQL query federation rather than fusing edges together to reduce resource requirements. I say that because I reach for semantic web technologies when I think radical data interoperability and serendipity would be valuable.

Fused edges and radical data interoperability don’t go together. Fused edges are about the use cases you currently know about and the data you currently have. Graphs with thoughtful points of articulation are about the use cases you know about, those you discover tomorrow, and about potential data. Points of articulation in a graph suggest enrichment opportunities and new questions.

Schema.org is a well known ontology that unfortunately has lots of fused edges.

If you run this SPARQL query against schema.ttl you’ll see some examples.

That query finds properties that are intended to have only instances of schema:URL in the object position.

You get these bindings:

You can see that most of those object properties are fused edges.

Also if you run that same query with schema:Place (instead of schema:URL) you can see many more fused properties. Maybe I’ll do another post where I catalog all the fused properties in Schema.org.

Please consider not using fused edges and instead use an ontology that encourages the thoughtful use of points (nodes) of articulation. I don’t see how the semantic web can turn down any stereo’s volume when you get a phone call without thoughtful points of articulation.

If you believe you must use an edge like :venueName then please put something like this in your Tbox: :venueName owl:propertyChainAxiom ( :occursIn :name ) .