The term “market” is a common term in the business industry. We talk about the automotive market, the produce market, the disk drive market, etc. And yet, what do we really mean when we use 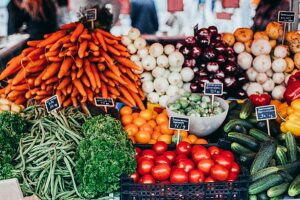 that term?  It is an instructive question because very often CRM (Customer Relationship Management) systems or other sales analytic systems group customers and sales based on their “market”.  However, if we don’t have a clear understanding of what a market is, we misrepresent and misgroup and therefore mislead ourselves as we study the implication of our advertising and promotional efforts.

As time progressed and the economy became more and more differentiated and cities grew larger and larger, marketplaces became even more specialized and more geographically localized.  So, for instance, we have the diamond marketplace in Antwerp, Belgium, and the screenplay marketplace in Hollywood.

Why Did Physical Marketplaces Emerge and Dominate?

The trend toward physical marketplaces was not necessarily inevitable. Buyers could seek out sellers at their own place of business and conduct business that way.  Conversely, sellers could seek out buyers in their own place of business.  What led to the popularity of the marketplace were two factors. One was that the physical movement to the marketplace was collectively more efficient for most of the participants. The second reason was that the marketplace allowed easy selection and comparison between similar offerings.  Additionally, the cost of information about potential sources or demands for a given product or service was not nearly as economical as it is today with computers and the Internet.