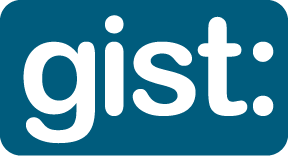 Too Much Specificity And Not Enough Play

I recently saw this tweet and it reminded me about something I’ve wanted to think and talk about.

configuration management has not had the attention enjoyed by academic research for languages and networking, as well as language and networking innovations in industry.

I don’t think a “configuration language” is the solution, nor is a domain specific language / library (DSL).

I tend to agree. I think perhaps we should explore more loosey-goosey, declarative approaches. That is, I’d like to explore systems with more play (as in “scope or freedom to act or operate”).

I’d like to see more semantic messages that convey the spirit rather than the letter. When you can’t foresee all the consequences of the letter then that’s when the spirit can help.

Let’s see an example of such a loosey-goosey semantic message.

I’m writing another blog post on what “semantic” means in the semantic web. I’ll put a link here once I am done but in the mean time think of “semantic” as getting different things (different people, different machines, people and machines, etc.) to see eye to eye. Yes, a tall order, but I’m optimistic about it.

I have a file on my machine that I want to load into a dataset on the Apache Jena Fuseki instance. I type this request to my agent “load /mnt/toys/gifts.ttl into Apache Jena Fuseki listening on port 3030 at dataset ‘gifts’ on 25 Dec early in the morning.”

My agent produces the following RDF (or I do by some other means) in TriG serialization:

Back to the semantic message example

My agent then puts that RDF onto the semantic message bus (the bus where agents listen for and send RDF) on my local machine. The agent that governs Apache Jena Fuseki sees the RDF and recognizes that it knows how to handle the request.

The Fuseki agent that interprets that RDF needs to know some things.

Fuseki’s agent can’t be too finicky about interpreting the RDF. The RDF isn’t really a request conforming to a contract; it is more of a spirit of a request.

If you are familiar with RDF and gist, the spirit of the RDF is pretty clear “early in the morning on December 25th find the file /mnt/toys/gifts.ttl and load it into the dataset ‘gifts’ on the Apache Jena Fuseki server running on localhost at port 3030.”

If the agent saw this message or a similar message but it knew the message content wasn’t sufficient for it to do anything then it would reply, by putting RDF onto the semantic message bus, with the content of another goal as if to say “did you mean this?” There could be a back and forth between my agent and the agent governing Apache Jena Fuseki as my agent figures out how to schedule the ingestion of that data.

But this time Fuseki’s agent knew what to do. It runs the following command:

My agent receives some confirmation RDF and the gifts should be available, via SPARQL, before the kids wake up on Christmas morning.

In this post I’m mostly sketching out some of the consequences of the ideas presented in this 2001 Scientific American article.

Standardization can only go so far, because we can’t anticipate all possible future needs.

The Semantic Web, in contrast, is more flexible. The consumer and producer agents can reach a shared understanding by exchanging ontologies, which provide the vocabulary needed for discussion.

I’m less optimistic that we’ll sort out useful ontology exchange anytime soon. In the mean time I think picking a single upper ontology that is squishy in the right ways is a path forward.

Semantics also makes it easier to take advantage of a service that only partially matches a request.

I think for semantics to work in this way we have to accept that our systems will get more adaptive at the cost of becoming less brittle.

That might be hard for people to accept. Perhaps it is why we haven’t progressed much on these kind of agents since the 2001 article.

I haven’t sketched everything out. For example, what if the command fails on 25 Dec because the file is missing? I’d expect the Fuseki agent to tell my agent. Also maybe my agent could periodically check that the file is accessible and report back to me if it isn’t.

Anyway, I imagine you get the idea.

Maybe make an agent! Or let me know what you think about this stuff.