Perhaps the way to be ready for resolution is to flip from document-centric to data-centric. Build a system that expresses in real time, the on-going agreements between the many legal entities within the firm. Capture who is doing what for whom.

We just completed a project with an Investment Bank, whose name you would recognize in a minute, but I shall refrain from revealing it, as they are very shy.

This project was interesting.  It seems the Federal Reserve, as well as the British equivalent, the PRA, have decided that in the event of 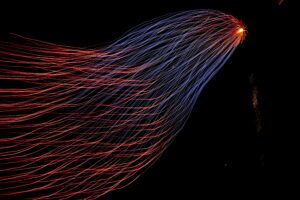 another Lehman Brothers they’d like to be far more prepared.  Turns out there wasn’t “a” Lehman Brothers (not even a couple of siblings) there were dozens of material entities and of course thousands of entities in total.  Part of this was due to regulatory pressure, local countries wanted their bankers to be domiciled and incorporated locally.  And much of it was opportunistic, logistical, whatever.  Regardless the reason, when the shinola hit the fan it was not pretty.  No one knew what entity owned the debts, which entity owned the building, or employed the people or had the rights to their software, or was even paying the utilities.  Needless to say it was an exercise that many don’t want to repeat.

So the regulators have put out guidelines for “Resolution Planning” aka: “The living will.” The basic idea is to understand and document the way you do business such that in the event of another melt down, when the Feds burst down the doors with their hazmat suits on, they will at least have a play book for what to do.

But regulators, being regulators, don’t tell the banks what to do.  They suggest.  And hint.  And then poke a bit if the banks aren’t getting the message.   So over the last few years the banks have been doing what banks do: they’ve been complying.  Or at least trying to comply.  And complying usually looks like the legal team and the compliance team getting together and writing.  And writing.  And writing.  Man, these people can write.  Thousands of pages describing how it all works and how to unwind things in the hopefully unlikely event things need unwinding.

Returning to our hero, he had an insight that perhaps the way to be ready for resolution would be to flip from document centric to data-centric.

Only problem is, the regulators decided (I should say hinted at) that they didn’t want a play book that made War and Peace look like a short story, they wanted something they could use.  Oops.

Not only was novel reading not something they wanted to do in a crisis, they knew that the novel they were reading was of course, hopelessly out of date.

Enter our hero (he too shall go unnamed, the same shyness thing that overtakes so many wall street types) with the idea that maybe this thing could be data driven rather than document driven.

This whole document driven/ data driven thing has been playing out in industry after industry.  What is bizarre is that in the second decade of the 21st century (you remember, flying cars and moon colonies) we still have an incredible number of our systems that are document driven.  It’s not to say that they aren’t computerized, it’s just that the protagonists haven’t made the mental (and therefore system level) shift to put the data first and the document as a by-product.  The airline industry made the shift in the 80’s.  If you’re old enough to recall we used to get these three part things with red carbon paper that allowed the bearer (no kidding) to get on the airplane, no id, nothing.  Lose that red carbon paper document and it was going to take you a while to get your money back, let alone get on an airplane. You could get your money back for a lost ticket,  but it was akin to a Freedom of Information Act request: theoretically possible but you really didn’t want to do it.

Nowadays the airline industry still has documents, you can print them and show them to the nice TSA people and the gate attendants, but lose it, no biggy, print another.  Indeed before you go to the airport you can print a dozen if you’d like.

So the airline industry has made the shift.  Our observation is that most business have one foot on the station and one foot on the train with this one.  That is they have made the shift in some of their systems and not others. We did project recently for the Washington Secretary of State (unlike banks they aren’t weird about having their name in print). As part of that project we looked at the state of the States with regard to corporation and charity registration.  While everyone is computerized, most are still document centric. That is, the submitted document is the real thing, and the system or the operators excerpt a few key details to put into their databases. You can query the database but the reality is in the document. You can tell when you’ve made the shift, when the data is the real thing and you only print it for convenient reading.  When the transition is complete the data will be the registration, and a document will merely be the rendering of the data already captured.

Returning to our hero, he had an insight that perhaps the way to be ready for resolution would be to flip from document centric to data-centric.  Build a system that expresses in real time, the on-going agreements between the many legal entities within the firm.  Capture who is going what for whom.

So, we built a system. Based, of course, on semantic technology and model driven development.  It’s been a struggle to get managers to think of their daily handoffs as being in the scope of a service level agreement between two legal entities, but they are.  We are working through how to characterize work, and how to describe the controls that have been put in place to ensure the work is getting completed to standard. We’ve piloted the system.  In three months it went through literally hundreds of changes.  We ascribe about half the agility to semantic technology and half to model driven technology.

And the output of the system looks like documents.  Indeed we dump a lot of our data to Excel spread sheets because that is what bankers are comfortable with. But it is data-centric.

So the regulatory review was this week.  We haven’t heard the feedback.  Typically it takes many weeks to find out: did the regulators like the idea of being data-centric?

While we wait, we reflect.  We’re pretty convinced.  This is inevitable.  To become more compliant in resolution planning we believe that banks will have to make the shift from document driven to data driven.